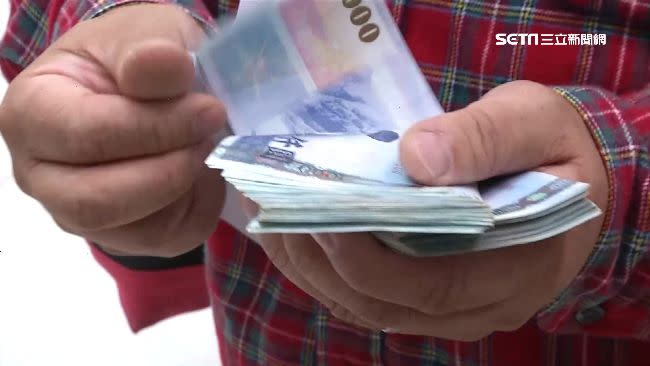 More than three years have passed since the outbreak of the new coronavirus, and many industries have been affected. The Ministry of Economic Affairs announced yesterday (3rd) the “112-year basic wage subsidy system” for 112 years. Online applications will be accepted from 11th to April 30. The maximum subsidy per person is 920 per month. Yuan.

The Ministry of Economic Affairs announced that from New Year’s Day this year, the monthly basic salary will be adjusted from 25,250 yuan to 26,400 yuan, and the hourly wage will be adjusted from 168 yuan to 176 yuan. The basic wage subsidy plan, which has been affected by the epidemic over the past three years, will be promoted, covering agriculture, the service industry, and some sectors affected by the epidemic, such as towels, socks, stationery, and food manufacturing. industries include: In addition, other industries such as medical institutions, nursery schools, nursing care facilities, entertainment groups, short-term cram schools, private kindergartens, leisure farms, and driving schools are also eligible.

In 110, 109, and 108, the subsidy standard is that the total income in September and October 2011 was reduced by 10% compared to the same period. The amount of subsidy is calculated based on the number of full-time and part-time employees with an insured salary of 26,400 yuan and 27,600 yuan from January to June this year, and 920 subsidies. As of October 31, 2011, his two insured salary levels of RMB 25,250 and RMB 26,400 cap the number of full-time employees who are insured, and the number of part-timers. Employees over the age of 65 and foreigners with permanent residency can also be included in the calculation of subsidies according to their insurance qualifications for industrial accident insurance or labor insurance, and the subsidy period is from January to June, 112 years, The subsidy period is 6 months. in total.

The application link for the basic salary subsidy will be released on the 11th, all applications will be made online, and applications will be accepted until April 30th. After the approval, the first subsidies are expected to be issued as early as March after grasping the number of applicants for labor insurance. The subsidy will be distributed to him in three installments every two months. The Ministry of Economy also emphasized that during the subsidy period, there were acts such as punishing those who violated the provisions of Article 21 of the Labor Standards Law regarding basic wages and underreporting the monthly insurance wages of employed workers. The Fairness Council and the Ministry of Justice The Ministry of Economy will revoke the subsidy and recover the subsidy if it is found that there was an illegal price increase or hoarding during the subsidy period.

Other Sanri Shimbun reports
Do 180 billion red envelopes have future problems? The scholar gave four points to warn a family of four in this situation, saying, “It’s scary to spray 40,000 times at once.”
Sister Diu Diu goes to war! Cases of being mistreated because of lack of status in the family are ‘totally bad’
Black family boss Guo Xinyi was ambushed and killed
Money from the treasury?His account “Shuangduo 14,000” netizens shouted: I also received it

Jessie J shows off her growing bump when first seen since...